With a population of over one billion people dispersed throughout 4,635 distinct people groups, speaking over 1,600 languages, and believing in at least twelve different official religions, India is proud to maintain relative unity amongst such rich diversity. 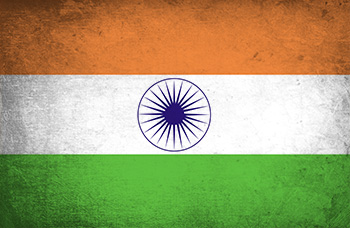 India can also boast about being one of the world's top ten industrialized nations. Yet its population growth rises as fast as its economic growth, and with seventy percent of its people dependent on agriculture and a sixty one percent literacy rate (only one in three women can read), its people suffer under one of the world's lowest per capita income levels.

However, God is at work from the small, traditional Indian villages to the gargantuan cosmopolitan cities.

Radio broadcasts in the northern regions reach and disciple illiterate and isolated Christians throughout the week who need to walk three miles to reach the nearest church.

Gospel tracts, which cost less than a penny to produce, fuel a church movement in Himachal Pradesh.

In Delhi, where over half of the population lives in large slums filled with pollution, disease, crime and hopelessness, orphans raised in Christian orphanages dedicate their lives to Christ and proceed to witness in desperate neighborhoods and lead hope-filled churches.

But as Christ and the gospel of peace defeat and replace powerless superstition, age-old tradition and satanic strongholds, the enemy resists.

Christians face violent persecution in almost every prefecture and converts are threatened with losing their status, jobs homes and lives. Poverty, cultural barriers, illiteracy, religious opposition and a rigid class system pose tremendous obstacles to the gospel. Yet, dedicated Indians empowered by the Holy Spirit and made powerful by the grace, peace and strength of Christ are and will continue to reach the smallest hamlet and the mightiest city.

(Used with permission from www.prayercast.com/india.html.)

A country so vast and populated like India requires many more Christian workers to accomplish a wide variety of mission endeavours. Definitely, more churches need to be built and established across the entire land. There is also a great need for Bible college teachers who can help educate and mentor the multiple Indian Christians who seek to establish churches, but yet lack the proper training. BIMI has been helping mission works in India for decades. If you desire to know more about how you can fit into such a country, please contact BIMI's Southeast Asia Director.
Missionaries in India: